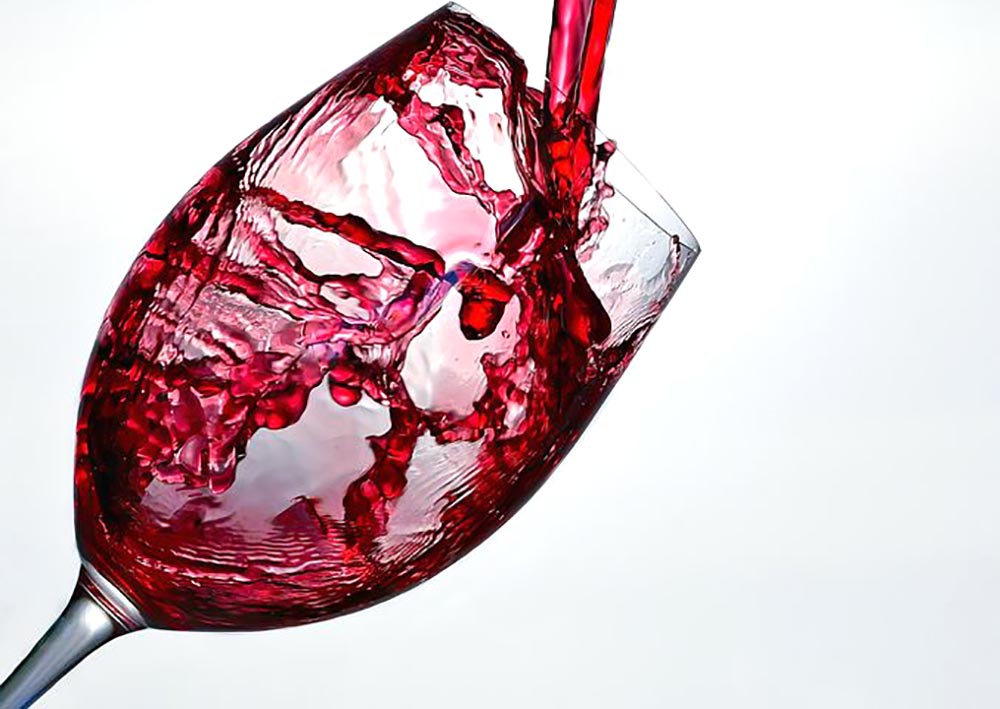 I totally get it. At the end of a long day, nothing appeals more than relaxing on the couch with a glass of wine. But lately I’m starting to see how easily this could become a habit. Alcohol overuse is a common and often undiscussed issue but one that deserves attention. I see it in my patients and I see it in my loved ones. As a family physician, I know the negative effects of drinking too much. But how do we define “too much”?

In my clinical practice, it is not uncommon to find patients that are drinking more than the recommended amounts of alcohol on a regular basis. And the large majority of these folks have seen no adverse effects of their consumption. They would never identify themselves as “alcoholics” or as having an “alcohol use disorder”. After all, wine is healthy, right? The medical community touts the benefits of a Mediterranean Diet (olive oil, fish, wine, etc.) for lowering the risk of cardiovascular disease. But too much of a good thing is no longer a good thing. There are limits to what alcohol can do for your health and, beyond these limits, we start to see the down side of heavier alcohol use.

Most people don’t set out to abuse alcohol. The beginnings of overconsumption are often innocent. Wine is used to enhance enjoyment of a meal. Some folks will have a cocktail to relax or unwind. Some people use alcohol to help them get to sleep or to help them deal with anxiety. Our culture is very promoting of alcohol use. Where I live, in the Northwest, we have a thriving wine and craft beer making industry. People take trips to Walla Walla, WA and the Willamette Valley, OR and to Napa and Sonoma, CA on wine-tasting tours. There are breweries and distilleries popping up all over. We like to think of ourselves as connoisseurs. TV and media also contribute to the problem. In the sit-com Modern Family, Claire’s character talks frequently about drinking Chardonnay. On A Girlfriend’s Guide to Divorce, the main character is rarely ever seen eating but is often seen drinking. A popular you-tube video parodies the song “Watch Me (Whip/Nae Nae)” with a song called “Watch Me Sip My Chardonnay-Nay”. Every football game has a beer commercial.. or two or three. I’m not saying that these things are causing people to drink more. But I do think they normalize alcohol use, such that we may look at our own alcohol consumption and say “This seems pretty typical.”

When I speak to my patients about their alcohol use, it is not uncommon to hear of people drinking 3-4 beers or 2-3 glasses of wine nightly. “I have one while I’m making dinner, one with dinner, and then one while watching TV” is a frequent refrain. “I’m not addicted. I’ve just gotten into a habit,” they’ll say. When asked if they’ve ever experienced withdrawal symptoms from alcohol, they’ll respond “I don’t drink every night. Sometimes I’ll stop for a week and be just fine.” And most people are truly not addicted to alcohol. But as a primary care physician, I will often start to see the effects of alcohol on the body, even if people aren’t “addicted” or having visible or recognized consequences from alcohol use in their lives (DUIs, work or relationship issues, for example).

What are the adverse effects of drinking too much alcohol?
We all know that rapid ingestion of alcohol can result in acute intoxication (getting drunk). And we are fairly familiar with the downside to a drunken state – doing or saying things we would normally think better of, injuries related to balance problems/staggering, vomiting and dehydration, and the hangover the next morning. However, we may be less familiar with the longterm toxic effects of alcohol on the body such as those listed below.
1. Increased difficulty with sleep and insomnia
2. Increased rates of acid reflux/gastritis and development of stomach ulcers
3. Increased risk of esophageal and stomach cancer
4. Increased risk of breast cancer
5. More frequent respiratory infections and pneumonia
6. Toxicity to the bone marrow resulting in suppression of bone marrow function (which is to make your red blood cells, your immune cells, and your blood clotting cells), with resultant anemia, immune suppression, and difficulty stopping bleeding
7. Vitamin deficiencies, especially B12 and Folate
8. Adverse effects on the balance center of the brain called the cerebellum
9. Toxicity to the nerves causing neuropathy (causing pain, numbness, and tingling)
10. Increased rates of Osteoporosis (brittle bones that break more easily)
11. Toxicity to heart muscle causing cardiomyopathy and heart failure
12. And, of course, liver toxicity which can result in cirrhosis, liver failure, swelling (called edema), fluid in the abdomen (called ascites) which can cause an enlarging/pregnant-looking belly, yellowing of the eyes or skin (called jaundice), vomiting blood, liver cancer, and death

What can my doctor see that might suggest that alcohol is harming my body?
Eventually, and maybe even before you are having any symptoms or physical exam findings of alcohol toxicity, your medical provider may begin to see some lab abnormalities that might suggest a developing problem.
1. Anemia and/or low white blood cell count (the white blood cells are your immune cells)
2. An elevated Mean Corpuscular Volume (MCV), one of the markers in your Complete Blood Count (CBC) which is a measure of the size and color of your red blood cells
3. A low platelet count – these are the cells that clot your blood
4. Deficiencies of B12 and/or Folic Acid
5. An elevated HDL (this is the “good” type of cholesterol). Having a high HDL is generally a good thing, unless it is caused by excessive alcohol consumption
6. Abnormal liver enzymes, typically when the AST is greater than the ALT

How much alcohol is ok?
Guidelines currently suggest that women should have no more than one alcoholic beverage per day and men no more than two (Sorry, ladies. Men metabolize alcohol better than we do). This is the maximum allowable amount but is probably more than is “heart healthy”. The next logical question is how we define “a drink”. It depends on what you are drinking.
1. Hard liquor = 1.5 oz (one shot glass)
2. Wine = 5 oz
3. Beer = 12 oz of regular beer or 8-9 oz of malt liquor

Ok. Maybe I am drinking too much. Should I just stop?
While I applaud your enthusiasm to quickly rid yourself of a destructive habit, we need to proceed carefully. If you have been drinking heavier amounts of alcohol for some time, quitting “cold turkey” can be dangerous. Alcohol withdrawal can cause a condition called Delirium Tremens (or DTs) which can be life threatening and it can take up to two weeks to see the full effects of serious alcohol withdrawal (see below).
1. Elevated heart rate, blood pressure, and temperature
2. Tremor
3. Anxiety
4. Hallucinations
5. Seizures

How can I tell if I’m addicted to alcohol?
Many folks will be able to cut back their alcohol consumption without difficulty. However, if you are finding it hard to decrease your use and if thinking about drinking begins to take up a substantial amount of your mental attention, addiction may be an issue. Addiction is defined as continuing to engage in a detrimental behavior despite suffering negative consequences of that behavior. If you think you may be addicted, talk to your physician or other medical provider who can help you quit safely and with the greatest likelihood of success.

Anything else I should know?
1. Medical science now knows that there are genetic tendencies toward addiction. If you have family members with addiction, you need to proceed carefully when using alcohol or any other addictive substance (illegal or prescribed).
2. Be honest with your children about your struggles. As stated above, addiction can be genetic. They need to know if they are at added risk.
3. If you are truly addicted and are successfully able to quit, don’t fall into the trap of thinking that you can have “just one”. Addiction is a slippery slope and one almost always leads to more and then you are right back where you started.
4. Addiction and mental health issues often go hand in hand. Treating one without treating the other will make success less likely. Speak with your medical provider about any depression or anxiety issues you may be dealing with.
5. You are often not alone in your behaviors around addiction. Family members often have a role to play, either as people who enable your drinking and/or as those who can support you through the process of quitting. Don’t try to go it alone. Quitting is a family affair.