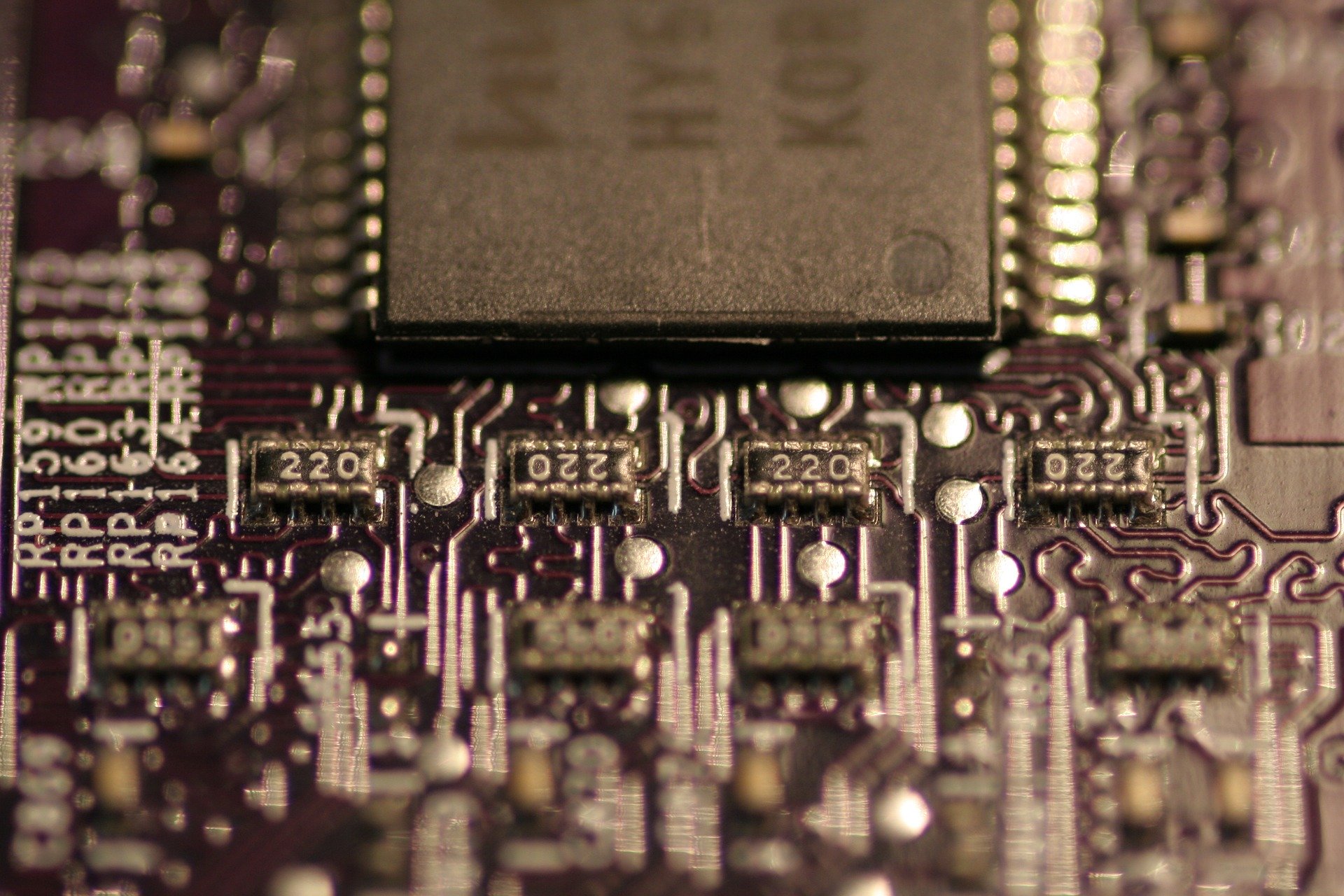 Like many hearing this claim for the first time, I was indignant. “Microchips in our Vaccines?” What the… H-E-double hockey sticks? Ridiculous! Absurd! How could someone believe such nonsense?

But, as in all of my dealings with people who are skeptical of science and vaccines, after my initial and internal (never voiced out loud – this is very important) “that’s crazy” response, I try to look at where these people are coming from. What is it about this or that claim that could lead them to believe it is true? After all, the best lies have an ounce of truth. This is what makes them that much more believable.

Who believes this stuff?

Most people who are propagating this claim are are not involved in wing nut conspiracy groups. They are just regular people trying to make sense of a world that is currently senseless. Trying to grab some measure of control when the world feels out of control. They are probably reading these claims and taking them as truth, without spending the time to dig further before they hit that “share” or “retweet” button. Something in the claim rings true for them.

But if we have learned anything in the Internet Era, it is this… We can’t always believe what we read. Even legitimate news outlets get it wrong sometimes and people have agendas which can color how they report “the news”. Yes, it’s frustrating. Yes, it’s time consuming. But we HAVE to do the work of researching these claims to make sure we are not part of the problem in spreading falsehoods and misinformation.

Let’s all agree to investigate before we share, okay?

“Bill Gates is going to put microchips in the COVID vaccine so they can track us.”

Nope! Not true. And who is this “they”, anyway? “They” are getting a bad rap! But here’s where the claim began and what has people worried. Remember, most folks who believe this claim probably don’t even know where it comes from – they are just willy nilly sharing something they read. Please don’t do this. Investigate before you share. Share responsibly.

But first… can we just contemplate something for a minute?

Even though the guy has truckloads of money, isn’t it possible that Bill Gates could actually be a decent human being? Instead of squandering his money on endeavors aimed at only making more money (which helps no one but himself), he funds research to advance health, science and technology for the benefit of all. He promotes education and the development of infrastructure in parts of the world that others have left behind. Couldn’t he just be using his money to do good, without ulterior motive? Call me naïve, but I think there are still kind and decent humans out there – and I think Bill Gates is one of them.

Where does this claim even come from?

The Gates Foundation has supported research to develop technology aimed at better documenting and tracking (Uh oh. There’s that word.) vaccine administration in Third World countries. These are countries where there is often inadequate medical care and public health infrastructure to permit robust vaccine record keeping; where children routinely miss out on vaccines that can save their lives. Or even receive unnecessary duplicate vaccines because there is no documentation of what vaccines they were previously given.

Quantum Dots – NOT a microchip

The Quantum Dot technology uses dissolvable Microneedles to deliver a vaccine along with a sort of “tattoo” of near-infrared light-emitting micro-particles. These particles, invisible to the naked eye but visible by modified smartphone technology, could then be used to serve as an “on-person vaccination record”. To be clear, this is NOT a microchip. It is a “read only” technology. And please note – this technology is not currently in use. It is still under investigation.

Heck, this Quantum Dot technology might even be useful right here in the good old US of A. Does anybody still have that little yellow vaccine card they were given when their child was born? I don’t. And I can’t remember what I had for dinner yesterday, let alone when my son had his 3rd DTaP vaccine!

Now this (see below) IS a microchip, or Radio Frequency Identification Device (RFID).

Size of a Radio-frequency Identification Device. Taken from The Guardian

This technology has been used for years as a way to track our pets if they get lost. It is about the size of a grain of rice. Believe me, you’d see this sucker floating around in your vaccine (and so would your medical provider, who would then refuse to give it to you). Now, in case you are still skeptical and are thinking “surely they (there’s that “they” again) are making smaller microchips”, the smallest microchip was developed by IBM and is the size of a grain of salt (see below). Again, you would see this in your vaccine. 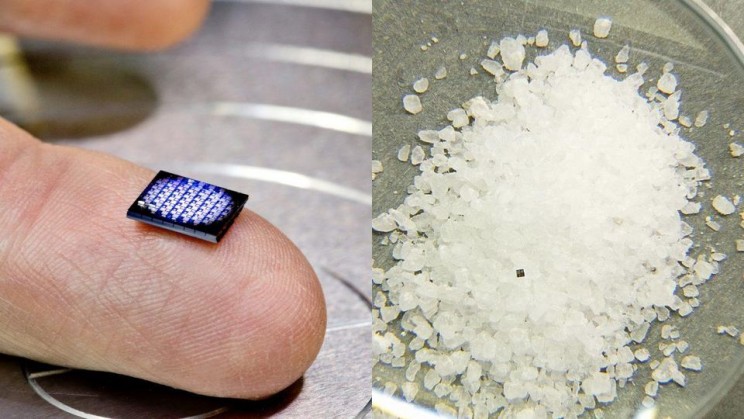 The smallest microchip currently available – the size of a grain of salt. From Interesting Engineering

Vaccination mapping for a pandemic world

The second thing possibly spurring this particular conspiracy theory is a vaccine administration device under development (an alternative to the traditional syringe) that is pre-filled with a vaccine and microchipped under the device label. Translation… the microchip is on the OUTSIDE of the device, NOT INSIDE the vaccine. This would allow scientists and public health officials to track the location the vaccine was given, creating a “vaccine map” to monitor the geography of vaccination efforts. It is being developed by a company called Apiject, in conjunction with the Department of Defense, to provide single use, rapidly scalable vaccine delivery technology for use when a COVID vaccine finally becomes available.

Is a coordinated scheme such as this even possible?

Now, if this doesn’t convince you, let’s just think some more about the claim and it’s feasibility. Vaccine regulation and oversight involve NUMEROUS organizations. 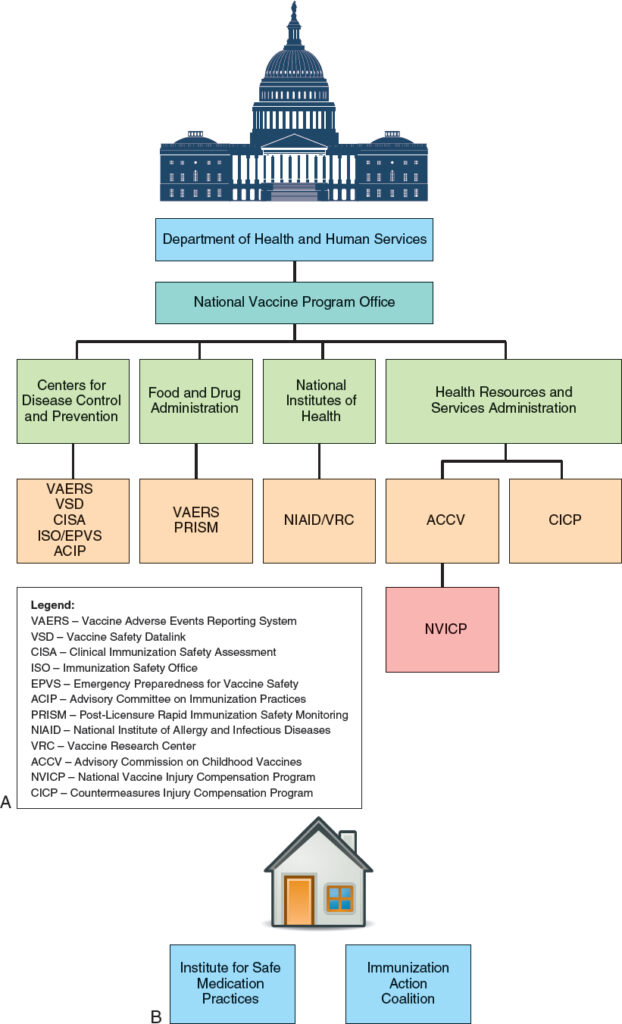 So, not only would this “microchips in our vaccines” endeavor mean that ALL of the leadership of these organizations was in agreement and conspiring together (when have you known large organizations to agree on much of anything?), but every doctor, advanced practice provider, nurse, medical assistant, public health provider, and pharmacist was also in on this trickery. Seriously. Arranging this grand of a worldwide hoodwink would be impossible. It is inconceivable. 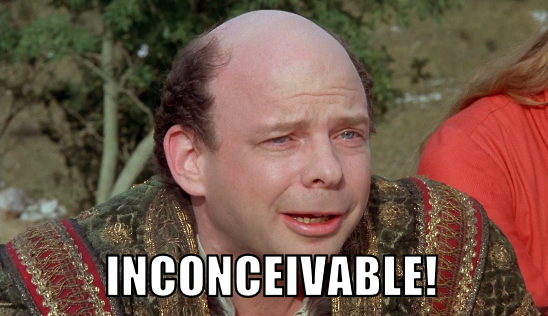 Meme from the movie, The Princess Bride. From Pinterest

1. There is some amazing new technology out there that will allow much improved vaccine record keeping in Third World countries.

3. Bill Gates is most likely a really decent human being.

4. We all agree to investigate claims and sources before we “share” and “retweet”.

5. No one is tracking you through your vaccines… Now your cell phone, that might be another matter!

13 thoughts on “Microchips in our vaccines? What the….”