Welcome to Part 3 of “Blowing the whistle on anti-vax false claims” – our final installment (for Parts 1 and 2, see here and here). If you’re like me, you’re tired of seeing these same old anti-vaccine signs show up at events around the country. I wish that I could bring my own signs with the truth printed on them and stand next to these misguided souls, with their clever costumes and claims. But, alas. I have doctoring to do and people to keep healthy and can’t follow the anti-vaxxers around from event to event.

So I am taking each statement shown above and addressing it in turn in the form of blogposts. I am bringing a dose of REALITY about these claims. Well-intentioned parents and patients are just trying to make the best decisions they can for themselves and their loved ones. I want to help keep them from falling victim to fear mongering and misinformation and inadvertently INCREASING their risk.

1. CDC vaccine schedule, one size fits none
This claim suggests that there is a rubber stamp of vaccines that is applied to all equally and without consideration to the individual. This is just not true. Anyone taking a close look at the pediatric schedule (shown below) will see that there is typically a range of ages at which vaccines can be given. 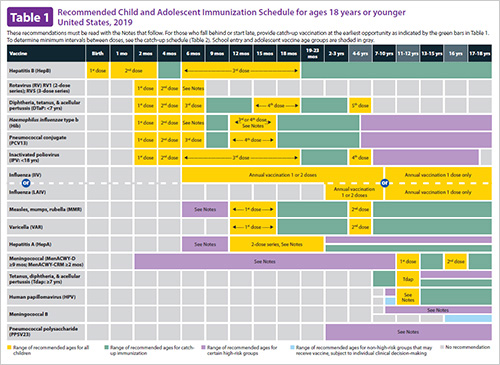 Image from the CDC

And depending on the clinician’s and parents’ wishes, the health of the child, or even what is going on in the family at the moment, we vary the number and type of vaccines given. Does that mean we are going to say it’s hunky dory to only give your child one shot at a time? Or that we will suggest they delay some until they are older? Likely not. That only prolongs episodes of discomfort for the child. It delays protection of the child’s health and increases risk to the community.

We medical professionals very much consider the health and needs of the person sitting in front of us when we recommend vaccines and when we recommend against them. Yep, you read that right. Sometimes we actually recommend that people DON’T get vaccines. Would we do that if we were blindly following some mandate? Nope. We don’t recommend vaccines to anyone who is moderately to severely ill. Nor do we encourage live-attenuated vaccines for someone who is immune suppressed. We even sometimes have to talk people out of getting pneumonia shots at an earlier-than-recommended age. Not everyone fits the criteria for early vaccination.

Vaccination is not one-size-fits-all. Moving on.

2. $4 billion paid by US government for vaccine injuries and death
This statement makes it look like anti-vaxxers have revealed some hidden agenda to cover up the “common and terrible” risks of vaccines. It suggests that the government is secretly paying out billions for vaccine adverse reactions.

As discussed in Part 1 of “Blowing the whistle on anti-vaccine false claims”, the National Vaccine Injury Compensation Program (NVICP) began in order to compensate people who suffer from the known, BUT VERY RARE, severe injuries from vaccines. No medical intervention, or nearly anything we do in life, is risk-free. This is true of vaccines, as well. But the common risks are mild and only very uncommonly do we see serious adverse reactions.

When discussing vaccine risks, we cite the statistic that serious adverse reactions (such as stopping breathing, a paralytic condition called Guillain-Barre syndrome, etc.) occur in approximately one in one million cases. Let’s look at the breakdown of the payouts stated above and you will see that the NVICP determinations support this statistic.

According to the Centers for Disease Control and Prevention (CDC), more than 3.1 billion doses of vaccines covered under the Vaccine Injury Table (a table listing known serious reactions…that is not hidden but available to all) were administered between 2006 and 2012. During this timeframe, 5576 petitions to the Vaccine Court were heard and only 3785 of these received compensation. This means that for every one million doses of vaccine, approximately one person was found to have had a reaction severe enough to warrant compensation. Hmmm. One person in one million. Sounds familiar.

3. Don’t turn over your health to our government
Certainly we wouldn’t want to do that! They might warn us if there is contamination of our food supply or prevent people from smoking in public places so we are safe from second-hand smoke exposure. They may even enact laws to keep companies from dumping waste into our water supply. How dare they! Surely we can’t trust them.

4. No shots, no school, not true – get an exemption
Here, the morally upright (she says sarcastically) anti-vaccine contingent are indirectly encouraging people to lie in order to claim religious exemption to vaccination. As more states are limiting philosophical or “personal belief” exemptions, only religious and medical exemptions remain. And religious exemptions are growing.

It is amazing how so many people, now limited in their ability to claim philosophical exemption, have suddenly found religion! 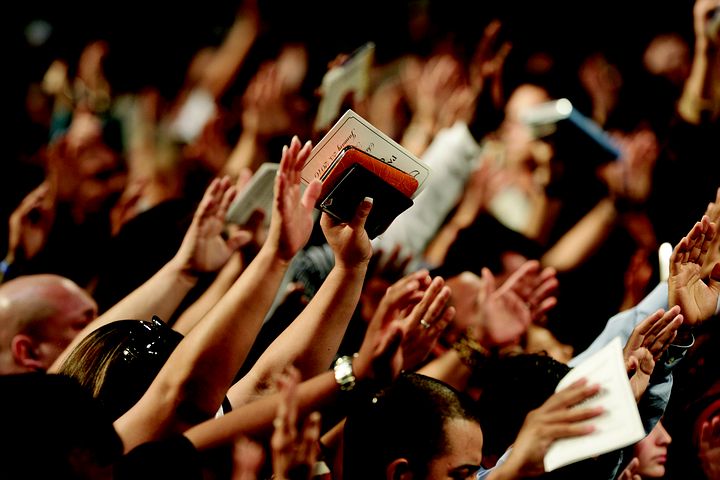 The ranks of those claiming membership in the Dutch Reform Church and the Church of Christ, Scientist (the only two religions whose tenets have consistently voiced opposition to vaccination, though this may be changing) are growing by leaps and bounds! People who have routinely seen their clinicians to treat their child’s ear infections and croup and stomach aches now suddenly have a religious objection to medical interference with God’s plan. Curious.

By the way, being Catholic may not buy you a religious exemption any longer. The Catholic Church has long supported vaccination. It cites our moral imperative to protect life and health, particularly that of our children. In Washington state, the Archdiocese no longer allows Catholicism to be used as a reason for exemption from vaccination in Catholic schools.

Are we really wanting to teach our children that it is ok to lie and be subversive to get what we want? Come on, people. I’m pretty sure that’s not a teaching of any of the world’s major religions.

5. After vaccines became liability free, doses tripled
We’ve already outlined how vaccines are NOT liability-free (see here). The fact that the number of vaccines increased after the NVICP is mere coincidence. This is yet another claim, much like that of the debunked link between autism and the MMR vaccine, that represents a fallacy in thinking. We call this particular fallacy, or error in logic, post hoc, ergo propter hoc. This is Latin for “After this, therefore because of this”.

This statement makes the claim that vaccines increased in number BECAUSE of the establishment of the NVICP, which limited vaccine manufacturer liability. But this thinking is flawed. Just because I get into a car accident after having a hamburger for lunch, doesn’t mean that the hamburger caused the car accident. The number of vaccines increased, not because of protections given to vaccine manufacturers, but because science advanced, pure and simple. As we developed the ability to prevent disease through immunization, why would we not use it?

Well, we finally made our way through all the smoke and mirrors seen on the anti-vaccine signs in this photo. Thanks for sticking with me! Please check in again, as there will undoubtedly be more myths to bust in the future. After all, the anti-vax movement likes to offer up a constantly shifting goalpost of claims.